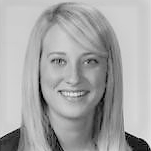 Betsy Stewart joined Senter Goldfarb & Rice in May of 2019. Betsy’s practice emphasizes the representation of cities, municipalities, school districts, and other public entities and their officials and employees. Before joining SGR, Betsy lived in Charleston, West Virginia and represented state agencies and political subdivisions in the areas of employment law and civil rights defense. She also worked in the Consumer Protection Division of the West Virginia Attorney General’s Office. She is admitted to practice law in both state and federal court in Colorado and West Virginia.