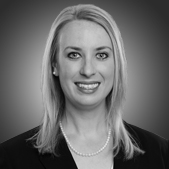 Ms. Kramer first joined SGR, LLC in 2006 as a law clerk and remained as an attorney following graduation from law school in 2008.  Now a partner, she has engaged in the defense of public entities since the inception of her legal career and has handled cases at both the state and federal levels. She also handles investigations with the Equal Employment Opportunity Commission, Office of Civil Rights and Colorado Civil Rights Division.  Her practice emphasizes the representation of school districts, counties, municipalities, and other public entities, as well as associated officials and employees. Her practice includes civil rights claims, constitutional claims, employment litigation, and tort claims, including premises liability. Other areas of emphasis include gender, race, age discrimination, retaliation and ADA litigation. She has tried civil jury cases in state and federal court and argued appeals in both state and federal court. Ms. Kramer has been named a Rising Star from 2016 – 2019 in publications of Colorado Super Lawyers.  Her practice group at SGR was ranked as Tier 1 by Best Lawyers for 2019.

Articles for Colorado School Districts Self Insurance Pool:  “From Jack’s Amendment to Jack’s Law:  An Update on Colorado Law Allowing the Administration of Medical Marijuana in Schools” and “FSLA Rules for Exempt Employees:  Minimum Wage Requirements”.